You are here: Home » Assessing the International Equity Markets 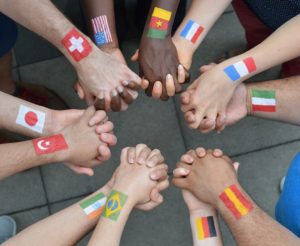 The end of 2016 saw another subpar year in the international equity markets when compared to U.S. equity markets. The MSCI EAFE¹ (NR USD Index²), a proxy for international stocks, finished slightly higher during 2016, up 1.00 percent³. Compare that to the S&P 500⁴ (TR5), a proxy

In addition to the aforementioned weaker relative performance, there are other issues and risks inherent with non-U.S. investing. Currency risk6 is one in particular to consider. Our research shows that the current environment has the U.S. dollar in a position of strength and appreciating in relative value versus most other currencies. A stronger U.S. dollar leads to dilutive returns in the international markets (unless a manager is hedging a fund’s currency exposure) as investments are translated back into U.S. dollars. In our experience we find that geopolitical risks7 continue to surprise investors. In addition to Brexit (Britain’s exiting from the European Union) there could be more departures in 2017. With all of these issues, as a plan sponsor, you may be questioning whether or not it’s worth the risk of having any direct international managers in your plan’s lineup.
Despite the challenges in the international equity markets, risks appear to be priced in from a valuation perspective. As shown in the chart on page 4, U.S. large cap and small cap stocks have much higher forward price-to-earnings (P/E)8 ratios and price-to-book (P/B) valuations9 than international stocks. International stocks sport a higher dividend yield by more than 1 percent when compared to U.S. large stocks.

There was also a strong political trend toward anti-globalization in 2016 (i.e., Brexit, Trump’s win and the Italian referendum, etc.) As a result, international stocks may benefit from this trend. Over the last few decades, there have been rising correlations among equity asset classes, a result that some might argue is due to globalization and the overall positive trading environment. If that trend is no longer true, correlations could reverse the trend and start falling, thus offering greater diversification benefits to investors. The chart above shows the one-year rolling correlations between U.S. and international stocks, from the perspective of value and growth indices12. While it is still early in the anti-globalization movement, it does appear that correlations are starting to roll over for both growth and value stocks and the trend is lower.

While there are risks involved with international investing, and to be fair, some of those risks are not associated with U.S. investing, there are also good reasons to continue to support having a dedicated International asset class in your lineup. Valuations look better overseas than here in the U.S., correlations between U.S. and International stocks could fall further, and if you believe in reversion to the mean, international markets could outperform U.S. stocks over the next few years.

¹MSCI EAFE®  (Europe, Australia and Far East) Index – is a free float-adjusted market capitalization index that is designed to measure developed market equity performance, excluding the US & Canada. As of December 2003 the MSCI EAFE Index consisted of the following 21 developed market country indices: Australia, Austria, Belgium, Denmark, Finland, France, Germany, Greece, Hong Kong, Ireland, Italy, Japan, the Netherlands, New Zealand, Norway, Portugal, Singapore, Spain, Sweden, Switzerland and the United Kingdom. EAFE is a registered service mark of Morgan Stanley Dean Witter, Discover & Co.
²Net returns U.S. Dollar
³Data from Morningstar
4S&P 500 Index is an unmanaged group of securities considered to be representative of the stock market in general. You cannot directly invest in the index.
5Total returns
6Commonly referred to as exchange-rate risk, arises from the change in price of one currency in relation to another
7Risks of one country’s foreign policy influencing or upsetting domestic political and social policy in another country or region
8A measure of the P/E ratio using forecasted earnings for the P/E calculation. It is used to calculate a relative value based on a company’s level of earnings and stock price
9A ratio used to compare a stock’s market value to its book value. A stock’s market value is forward-looking and reflects a company’s future cash flows. A company’s book value is based on its historical cost
10Data from MPI
11Russell 1000® Value Index measures the performance of those Russell 1000 companies with lower price-to-book ratios and lower forecasted growth values.
12The Value indices are the correlations between Russell 1000 Value and MSCI EAFE Value. The Growth indices are the correlations between the Russell 1000 Growth and MSCI EAFE Growth.