In November 2016, the Texas Conference for Women surveyed attendees about their retirement savings and found that almost a whopping 60 percent weren’t socking away enough. In fact, many weren’t even sure if they were going in the right direction. One person responded, “I don’t know if I’m on track, and that’s the worst part.”

Many women are doubtful that they can retire comfortably, if at all. Consider these results of the 17th Annual Transamerica Retirement Survey:

• Women believe they’ll need to save $500,000 in order to feel financially secure in retirement; among those who estimated their savings needs, 56 percent said they “guessed.”

• Most women (64 percent) don’t have a back-up plan if they’re forced into retirement sooner than expected.

Some of your participants may be facing these struggles as well. Retirement planning is a daunting task, and women have different struggles than men:

• Gender pay gap: Women tend to earn less, which translates to lower earnings and savings, as well as reduced Social Security benefits.
• Cultural expectations: Women are more likely to take time out of the workforce to care for children and/or aging parents.
• Longevity: Women have longer life expectancies, so they have greater savings needs.

But it’s not just a gender issue: many Americans, men and women alike, struggle to prepare for retirement. Why?

1. While many are experts in their particular career, what does the average participant really know about saving and investing? For many, the answer is “not much.” It’s certainly not part of the curriculum at most schools. Simply put, people don’t know what people don’t know.
2. We live in a culture where spending beyond a person’s means is the norm. In fact, the average household debt, according to Nerdwallet, is staggering. Households in the U.S. have an average of $16,000 in credit card debt, $27,000 in auto loans, $48,000 in student loans and over $190,000 in mortgages. How can anyone get ahead if they’re saddled with debt?

Taking the Power Back

The outlook looks gloomy, but it doesn’t have to be. Encourage your female participants to sit down and review where they are. They need to learn and gain the knowledge needed to help move forward. Most of all, they should make a plan and write it down. Nobody would plan a cross-country road trip without a map to guide them. Participants shouldn’t approach retirement without a roadmap of how to get there. 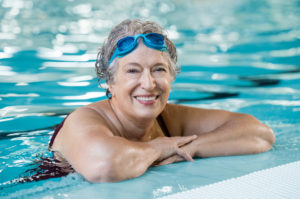